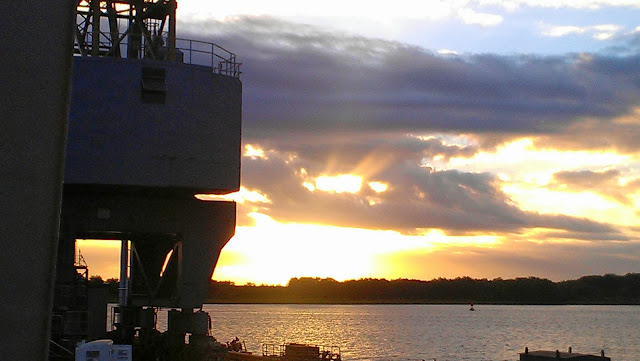 Posted by A Merchant Mariner at 4:34 AM No comments: 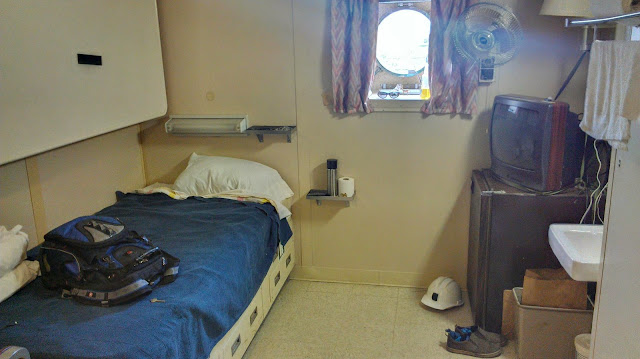 So last night, as we steamed north from Cape Canaveral to Charleston, an osprey landed on the foremast.  The moon was behind a thin, stratus mist that acted like a diffuser and lit the night as effectively as the full moon might have, and when the raptor came in from above the wheelhouse and banked hard, landing on the range light in profile to where I stood with binoculars, I thought it was a trick of the light that made this seabird look like a raptor.

I tried to convince myself that I was mistaken, too... when you're 100 miles offshore you don't expect to see an osprey.  The last raptor I saw at sea was off the north coast of Africa - some type of kestrel or falcon, I think - but I could see the hills of Algeria looming in the humid air off to the south, then.  I was not 100 miles offshore.  It was not night time.

Osprey are surprisingly large, with bold black and white plumage- you don't mistake them for anything else.... so my inner conversation was "Is that...?  No.  But wait!" and I stared for 15 minutes, afraid to look away, in case it took flight and I could see that familiar shape and be certain that the dark wasn't playing with my eyes.

The bird preened for hours, I got a good, conclusive look- it was, indeed, an osprey... but she never flew off during my entire watch.  She eventually put her head down and, as far as I can tell, slept.  When I handed off the watch I handed her off to my relief and like to think she was satisfied that our ship would take her where she wanted to go, red-eye express, and arrived in South Carolina well rested.
Posted by A Merchant Mariner at 1:36 PM 1 comment: 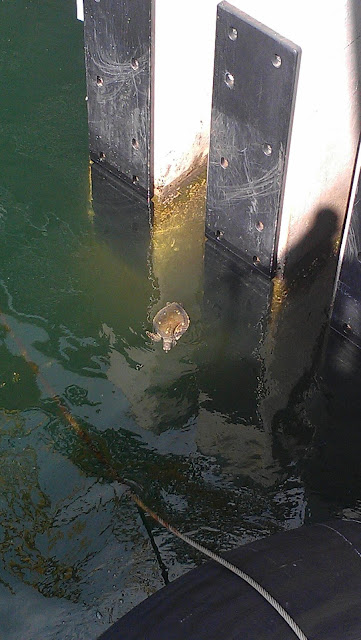 Posted by A Merchant Mariner at 12:41 PM No comments:

My quarters are only a few meters above the water- a big change from my last ship.  And when we’re underway I hear the water beneath my deck, also a big difference from the Polk… instead of being in a twelve story building surrounded by cargo, this vessel and its “talking cargo” is less than half the length of my last ship and about 50,000 tons of displacement lighter, which is orders of magnitude smaller.

Where 2.5 meter swells are almost unnoticeable in a 275 meter ship, this smaller ship bucks around and rides more like a boat.  She steers like a power-boat, too, with twin screws and rudders, but I am spending lots of time at the helm so I had the hang of the differences inside of a day and grew bored at the helm soon thereafter.

Next stop- The Low Country, my ancestral homelands, but the furthest northern extremes of the Coastal Empire…. Charleston, SC.

They're still underway with me! 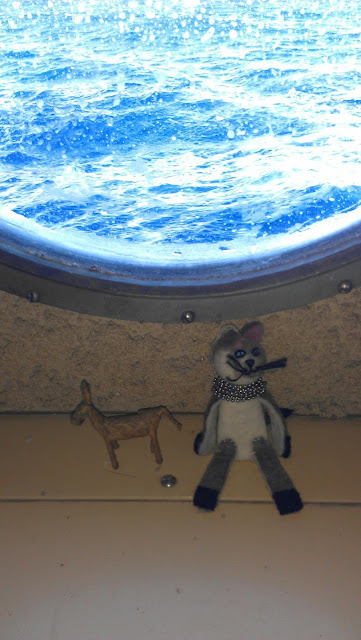 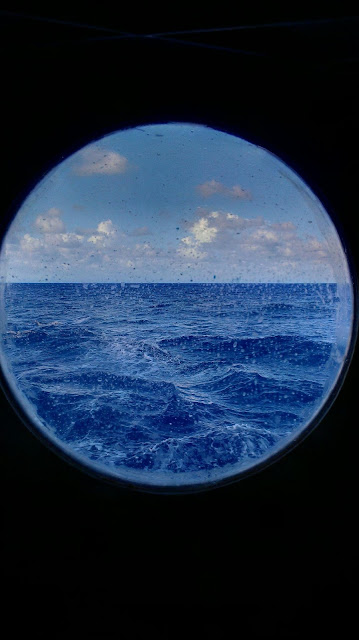 I am out at sea again after only 3 months ashore- 5 long months stretching out ahead of me.  I arrived at port 2100 hours on Wednesday night and stood my first watch at midnight of that same night… welcome aboard, AB Jackson- now get to work!  While in port I stand a security watch- which is to say, I sit in an air-conditioned box and sign people on and off the ship.  Reading is allowed while on the midnight watch (there’s no need to hide the kindle) so it is a good thing I have well over 50,000 pages of book-stuffs with me.  Not really much else to tell about that part of my job.


Anyone who has read any of my previous posts can imagine how happy I was to look off the stern during the midnight watch and see great schools of mullet illuminated in the floodlights, multiple swarms of fish segregated by size, moving in an unchoreographed yet synchronous manner.  And sea turtles, lazily swimming through the schools of fish looking for (and finding) their dietary staple- jellyfish.


The mullet keep several feet of distance from the turtles and it forms a circle- a fishless circle- that follows the turtles wherever they swim, casting an in-the-spotlight illusion.  It wasn’t until I watched a seaturtle eat a jellyfish that I realized I’d never actually seen a seaturtle eat a jellyfish before.  Every sting I’ve ever suffered from a jellyfish, especially the one that went up my shorts in 1997, made me very content to stand and watch every single jelly-fish destroying bite.


Out on the perimeter of the floodlights I watched a ten foot shark very slowly pass back and forth, never getting any closer to the action below, but never going away, either.  And a big ray or skate of some sort, diamond shaped and flying through the still waters like a prehistoric bird.  And two big gar-pike or barracuda, swimming as a pair.  All the predators hung around at the edge of the light on separate occasions, until they grew bored, or restless, or whatever, and melted into the murk below.


After my frustration aboard the President Polk with recognizing the ocean’s animals and birds I brought two physical books with me this time- a guide to the whales and dolphins of the world, and a guide to the seabirds of the world- but I neglected to bring a single book on sea turtles and sharks.  I will have to remedy this.

Posted by A Merchant Mariner at 1:10 PM 2 comments: